Candlemas, the Feast of the Presentation of Our Lord and Purification of the BVM, is Tuesday Feb 2. The Latin Masses are listed below. 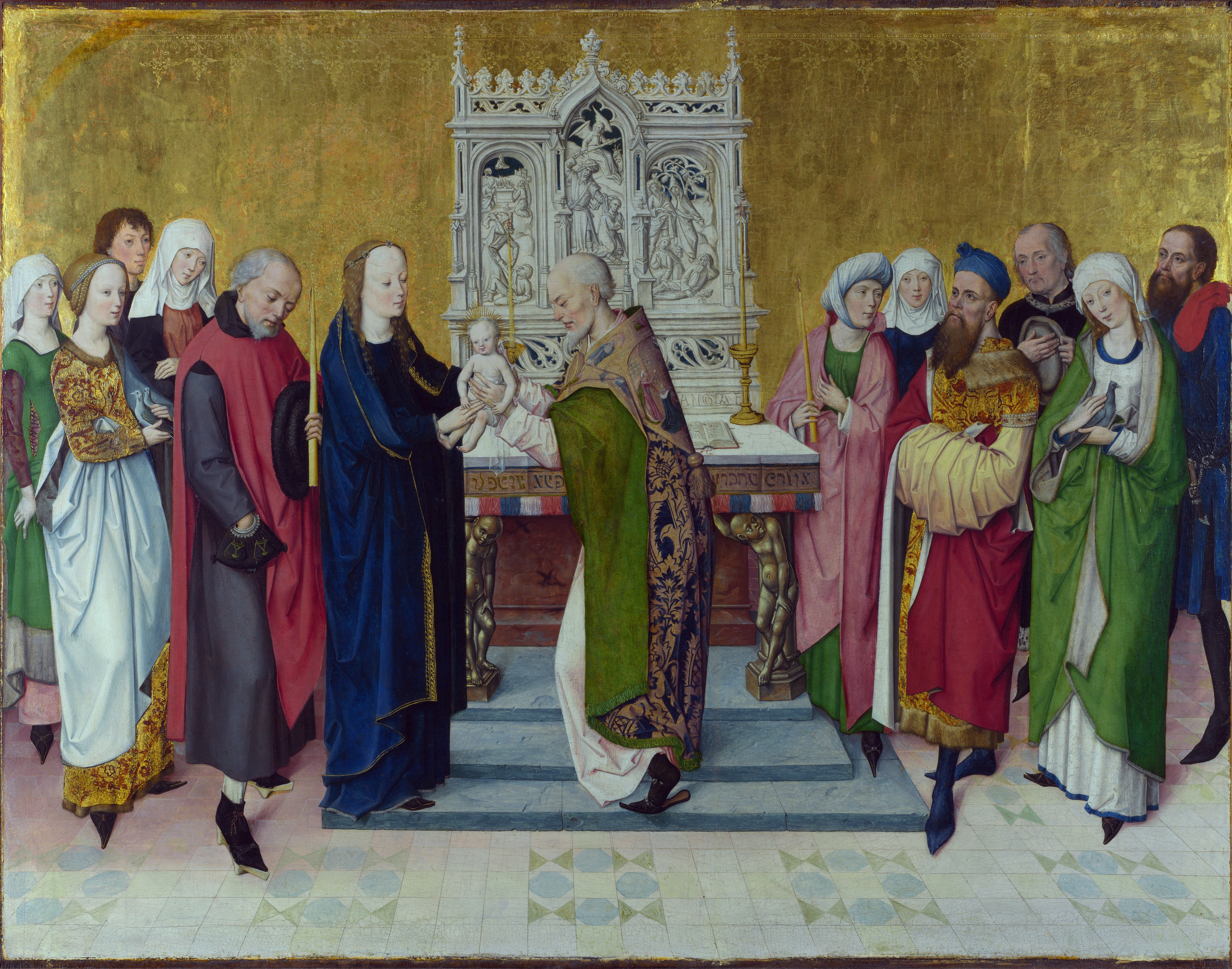 According to the Mosaic law a mother who had given birth to a man-child was considered unclean for seven days; moreover she was to remain three and thirty days "in the blood of her purification"; for a maid-child the time which excluded the mother from sanctuary was even doubled. When the time (forty or eighty days) was over the mother was to "bring to the temple a lamb for a holocaust and a young pigeon or turtle dove for sin"; if she was not able to offer a lamb, she was to take two turtle doves or two pigeons; the priest prayed for her and so she was cleansed. (Leviticus 12:2-8)

Forty days after the birth of Christ Mary complied with this precept of the law, she redeemed her first-born from the temple (Numbers 18:15), and was purified by the prayer of Simeon the just, in the presence of Anna the prophetess (Luke 2:22 sqq.). No doubt this event, the first solemn introduction of Christ into the house of God, was in the earliest times celebrated in the Church of Jerusalem. We find it attested for the first half of the fourth century by the pilgrim of Bordeaux, Egeria or Silvia. The day (14 February) was solemnly kept by a procession to the Constantinian basilica of the Resurrection, a homily on Luke 2:22 sqq., and the Holy Sacrifice. But the feast then had no proper name; it was simply called the fortieth day after Epiphany. This latter circumstance proves that in Jerusalem Epiphany was then the feast of Christ's birth.

Incidentally, it is made clear again the importance and solemnity with which the Feast of the Epiphany was kept in times past.

Also, the interesting history behind the procession....

The solemn procession represents the entry of Christ, who is the Light of the World, into the Temple of Jerusalem. It forms an essential part of the liturgical services of the day, and must be held in every parochial church where the required ministers can be had. The procession is always kept on 2 February even when the office and Mass of the feast is transferred to 3 February. Before the reform of the Latin liturgy by St. Pius V (1568), in the churches north and west of the Alps this ceremony was more solemn. After the fifth oration a preface was sung. The "Adorna" was preceded by the antiphon "Ave Maria". While now the procession is held inside the church, during the Middle Ages the clergy left the church and visited the cemetery surrounding it. Upon the return of the procession a priest, carrying an image of the Holy Child, met it at the door and entered the church with the clergy, who sang the canticle of Zachary, "Benedictus Dominus Deus Israel". At the conclusion, entering the sanctuary, the choir sang the responsory, "Gaude Maria Virgo" or the prose, "Inviolata" or some other antiphon in honour of the Blessed Virgin.