Mass, St Joseph the Worker, May 1

In 1949, 6 years before establishing the Feast of St Joseph the worker, Pope Pius XII wrote:


It may be said in all truth that the Church, like Christ, goes through the centuries doing good to all. There would be today neither Socialism nor Communism if the rulers of the nations had not scorned the teachings and maternal warnings of the Church. On the bases of liberalism and laicism they wished to build other social edifices which, powerful and imposing as they seemed at first, all too soon revealed the weakness of their foundations, and today are crumbling one after another before our eyes, as everything must crumble that is not grounded on the one corner stone which is Christ Jesus.


Then, in 1955, the venerable pontiff set forth the Feast to counter the violent "May Day" demonstrations fashioned by communists, announcing instead the holy dignity of man in his labor. Pope Pius XII saw atheistic communists sabotaging the meaning of work. They decried it as demeaning to humans, crumbling that social edifice of society. This conflicts greatly with Catholic thought: work is a labor of love and union with the Divine Builder Himself. "Unless the Lord build the house, they labor in vain that build it."

There will be a Choral Offering of hymns and chants by Cantualis of Cleveland at ST Stephens Catholic Church on Tuesday May 15th 2018 at 7:30pm

Cantualis is a new choir born of  a desire to offer musicians in the community an opportunity to learn 12th to 21st century liturgical music and to hone the skills necessary to present offerings such as Lessons and Carols, Tenebrae, Vespers, Compline and Masses. In doing so they provide a valuable service to the community while simultaneously enriching their faith and developing a passion for music of substance. 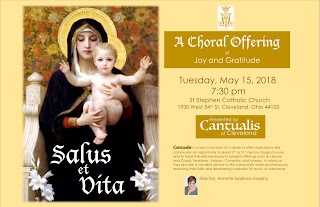 Posted by Servus Tuus at 6:12 PM No comments:

This post is intended for the subscribers who did not receive in email the video from St Stephen's First Communion on Sunday. Some Friends reported that the email notification of the blog post included only text and a picture. As you receive this post in your inboxes, please click the link below to see the full post on Cleveland TLM Friends.

https://clevelandtlmfriends.blogspot.com/2018/04/first-communion-at-st-stephen.html
Posted by Servus Tuus at 8:48 PM No comments:

Congratulations to the young ladies who received Our Lord in the Blessed Sacrament for the first time. A true milestone in their journey on this earth and a moment to cherish all their lives! 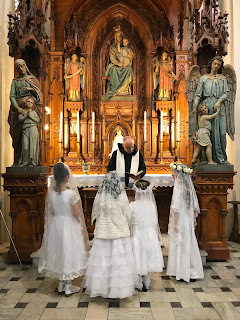 Being Enrolled in the Brown Scapular

A Sacred Concert at Immaculate Conception

The professional quartet that sang the Latin Mass at Sacred Heart on Sunday will be offering a sacred concert at Immaculate Conception next Sunday afternoon (the 22nd) at 4pm, rounding out the Byrd Mass for 4 voices, heard at Mass last week, with sacred polyphony and devotional lute song by William Byrd, and a few of his contemporaries.

Posted by Servus Tuus at 1:39 AM No comments: 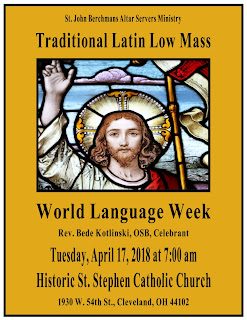 Posted by Servus Tuus at 5:52 AM No comments:

Feast of the Annunciation

St. Stephen's will offer a Missa Cantata for the Feast of the Annunciation, Monday, April 9, at 7pm. Please note the time, as the regular evening TLM's at St. Stephen are usually at 6:30pm. THIS MASS WILL BE AT 7PM. 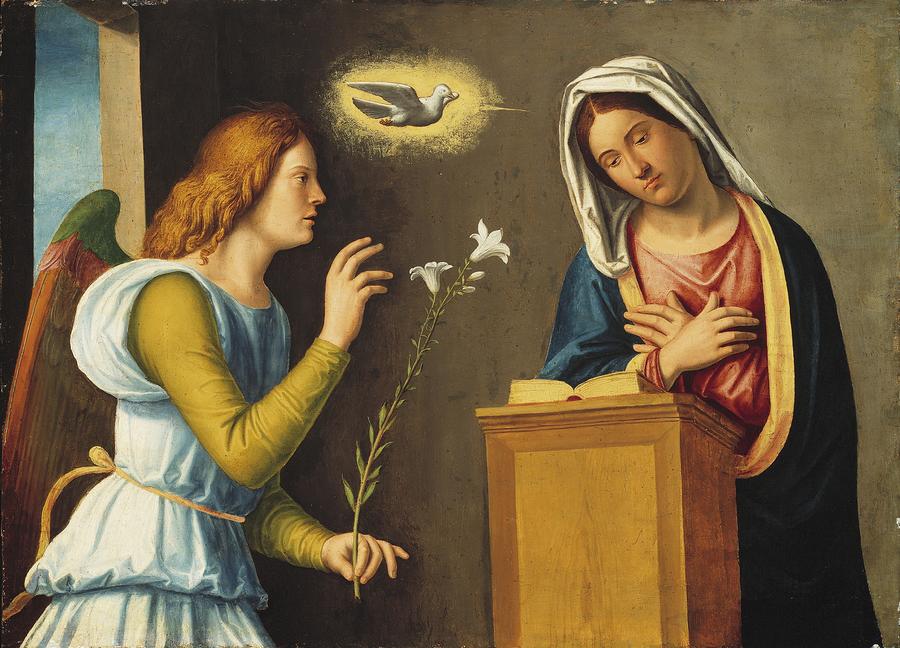 Posted by Servus Tuus at 9:15 PM No comments:

Fr. Ireland, pastor of Sacred Heart, wants you all to know about this event at the parish next Sunday, April 15th, 2018. The following week, on Sunday, April 22, there will also be an event at Immaculate Conception. 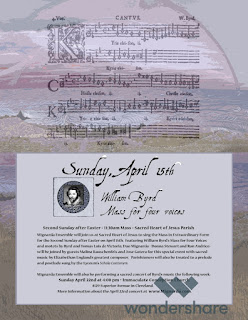 Posted by Servus Tuus at 9:11 PM No comments:

Fr. David Ireland, pastor of Sacred Heart in South Euclid, asked that it be posted that there will be no 5pm Mass at the Parish on Easter Sunday.
Posted by Servus Tuus at 3:16 AM No comments: