And they crying out with a loud voice, stopped their ears, and with one accord ran violently upon him. And casting him forth without the city, they stoned him; and the witnesses laid down their garments at the feet of a young man, whose name was Saul. And they stoned Stephen, invoking, and saying: Lord Jesus, receive my spirit. And falling on his knees, he cried with a loud voice, saying: Lord, lay not this sin to their charge. And when he had said this, he fell asleep in the Lord. And Saul was consenting to his death. 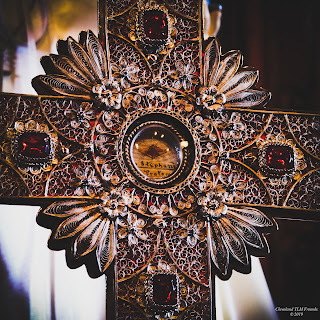 And centuries later, the same Stephen would be treated much differently, having a glorious structure built in his name and to his honor. Honored so much, in fact, so as to be placed at the foot of the Cross. 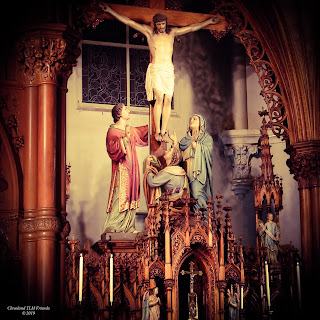 And as custom, following the solemn celebration of the Holy Sacrifice on that ordained day, the 26th of December, the Faithful of Christ piously approach the rail from which they just received Him, to venerate with a kiss --not from treason, but from love-- that holy relic of St. Stephen, the Protomartyr.