The Thursday after Trinity Sunday is traditionally the day observed for the great feast of Corpus Christi. In continuing that tradition, St. Stephen's will offer High Mass on Thursday, June 7, at 6:30pm. A Eucharistic Procession inside the church will be part of the celebration. 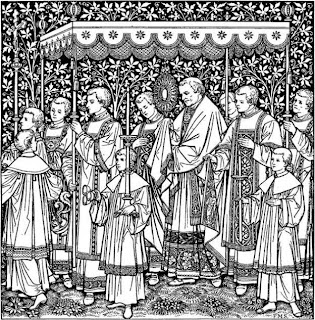 Pope Urban IV, in 1264, instituted this feast in the Calendar. We can cite pious tradition for two inspiring events which lead to the declaration of the feast.

In 1263, a German priest, Peter of Prague, offered Holy Mass in the Church of St. Christina while on pilgrimage to Rome. Although a good and holy priest, Peter of Prague held doubts concerning Christ's Real Presence in the Blessed Eucharist. During that Mass in St. Christina's, the Host which he consecrated began to bleed. Immediately, he hurried to Pope Urban IV carrying the Blessed Sacrament, and the Pontiff declared the miracle. The Corporal on which the Host bled is still on display in the Cathedral of Orvieto. 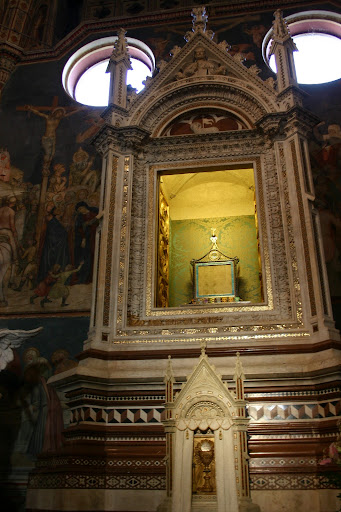 St. Juliana of Mont Cornillon, an Augustinian nun (1193 - 1258) had a vision in which the Moon, full and beautiful, was marred by a single black spot, signifying the lack of a joyful feast day of the Eucharist at that time. 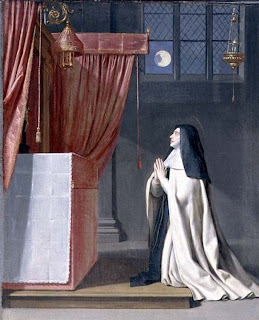